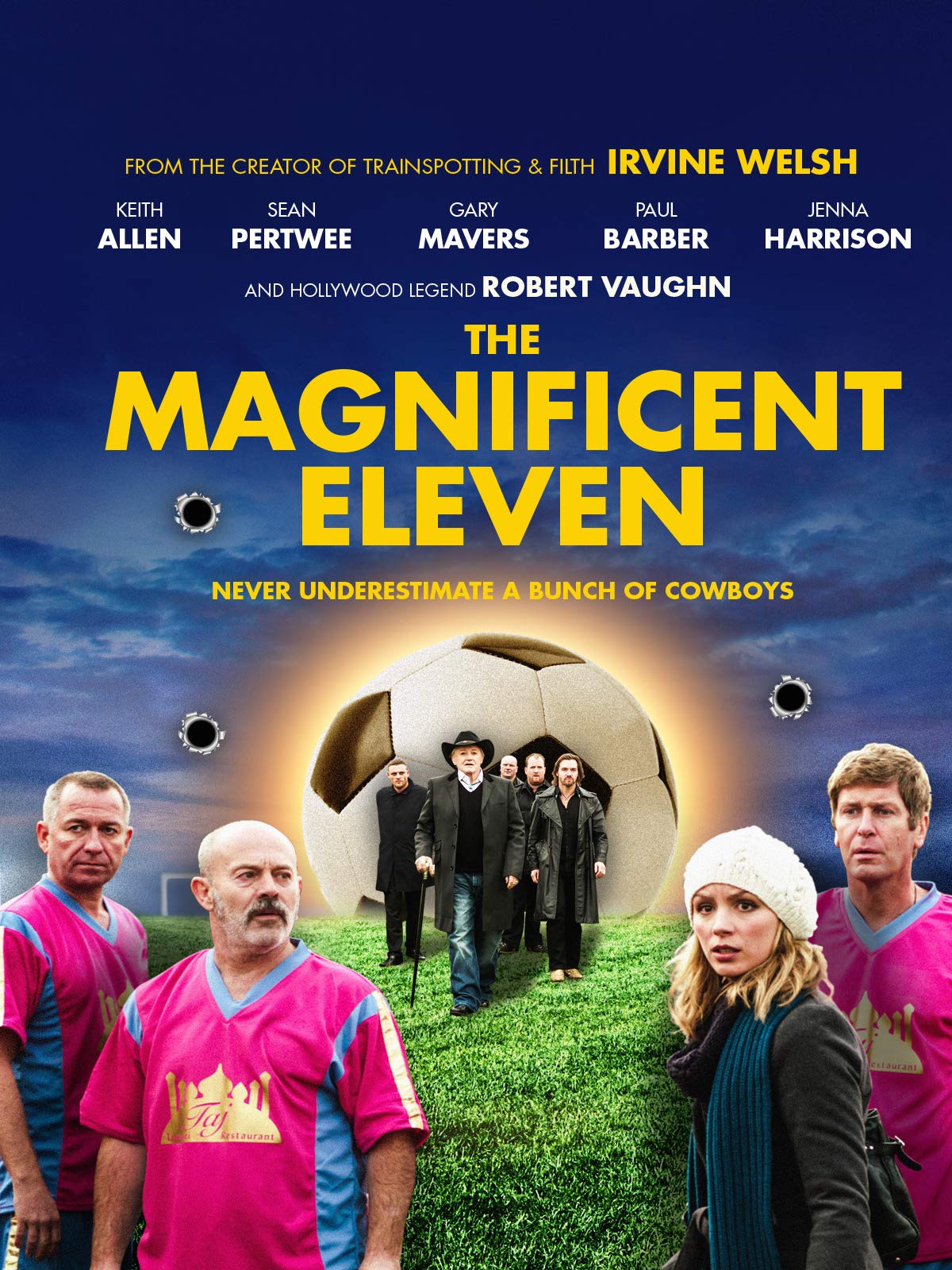 The Magnificent 11 is a hilarious modernisation of the classic Western from the creator of Trainspotting Irvine Welsh, in which the Cowboys are a terrible amateur football team, the Indians run a nearby Tandoori restaurant, and the bandits are a group of menacing thugs led by a maniac known simply as American Bob. The film stars Keith Allen, Sean Pertwee and Robert Vaughn.