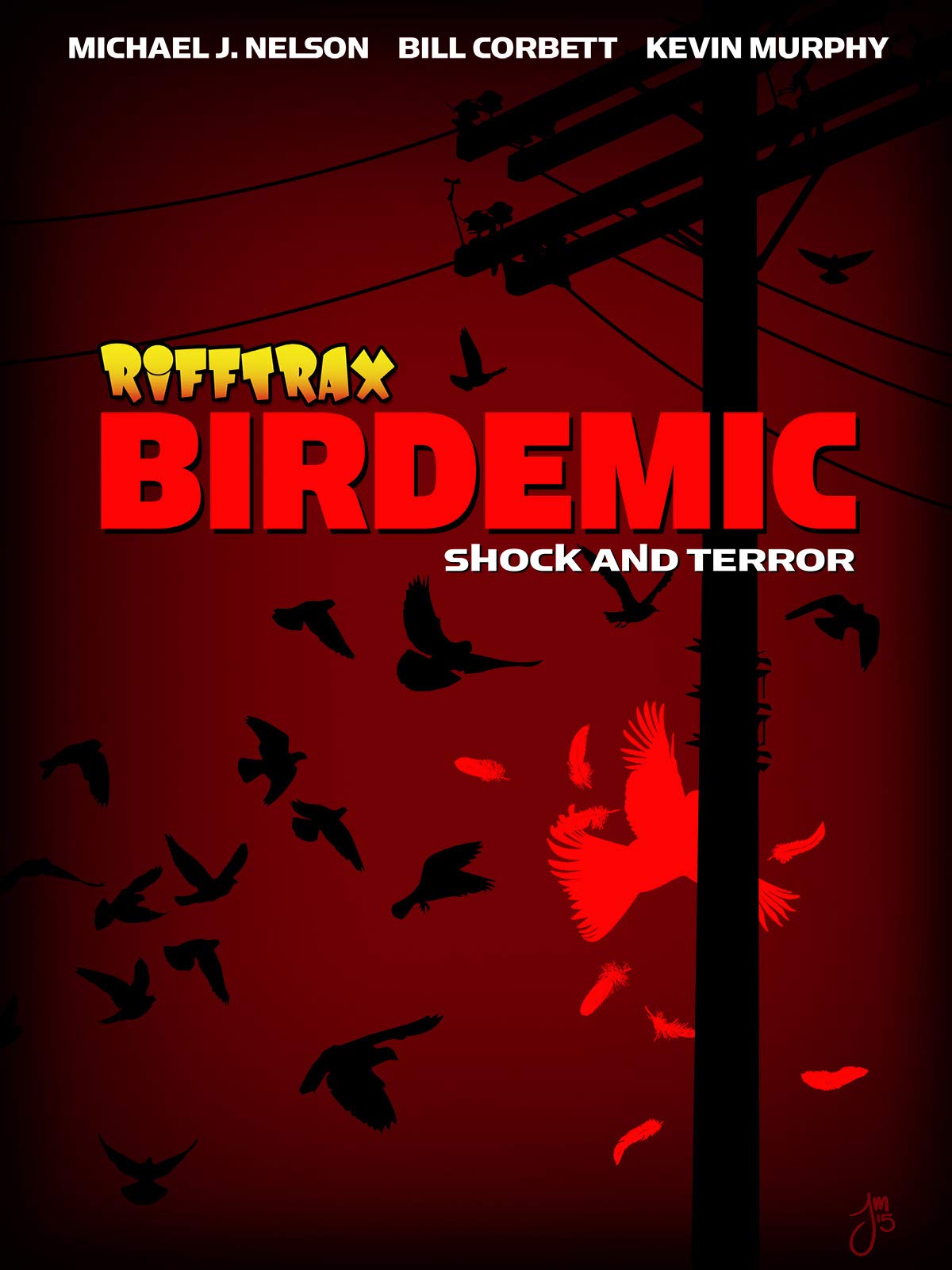 Birdemic: Shock and Terror is what you'd get if the Ice Cream Bunny starred in The Happening as directed by Tommy Wiseau. Mike, Kevin and Bill invite you to join them for this must-see RiffTrax. This feature is a parody and contains the original movie combined with a comedic commentary by Mike, Kevin and Bill from RiffTrax (formerly of MST3K).