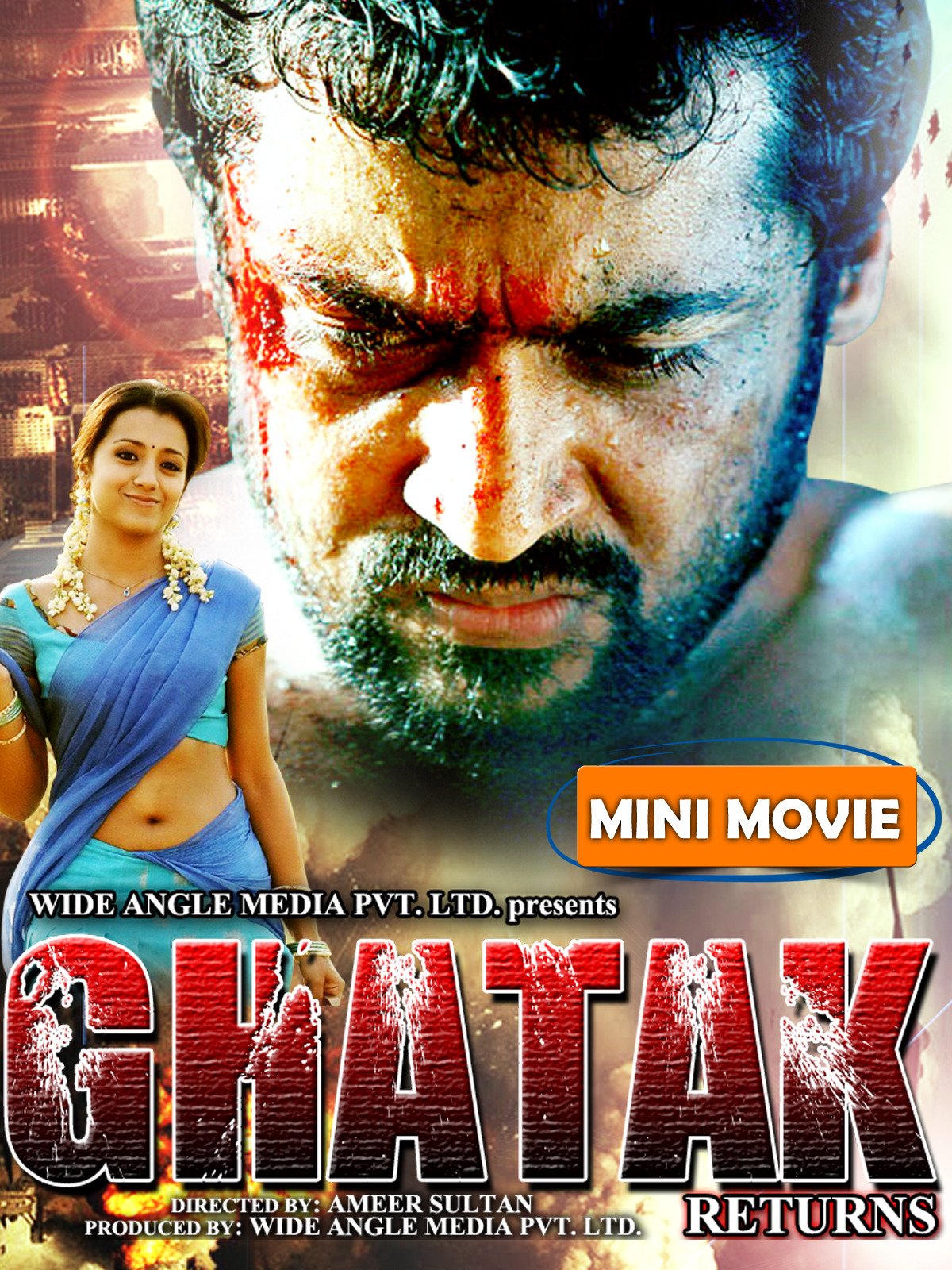 Ghatak Returns is a Hindi Dubbed romantic comedy film, written and directed by Ameer Sultan in his directorial debut. It stars Suriya and debutant Trisha in the lead along with newcomers Nandha, Mahaa and choreographer-turned-actor Anju Mahendra in supporting roles along with several other newcomers, while Laila Mehdin appears in a cameo role during the climax.