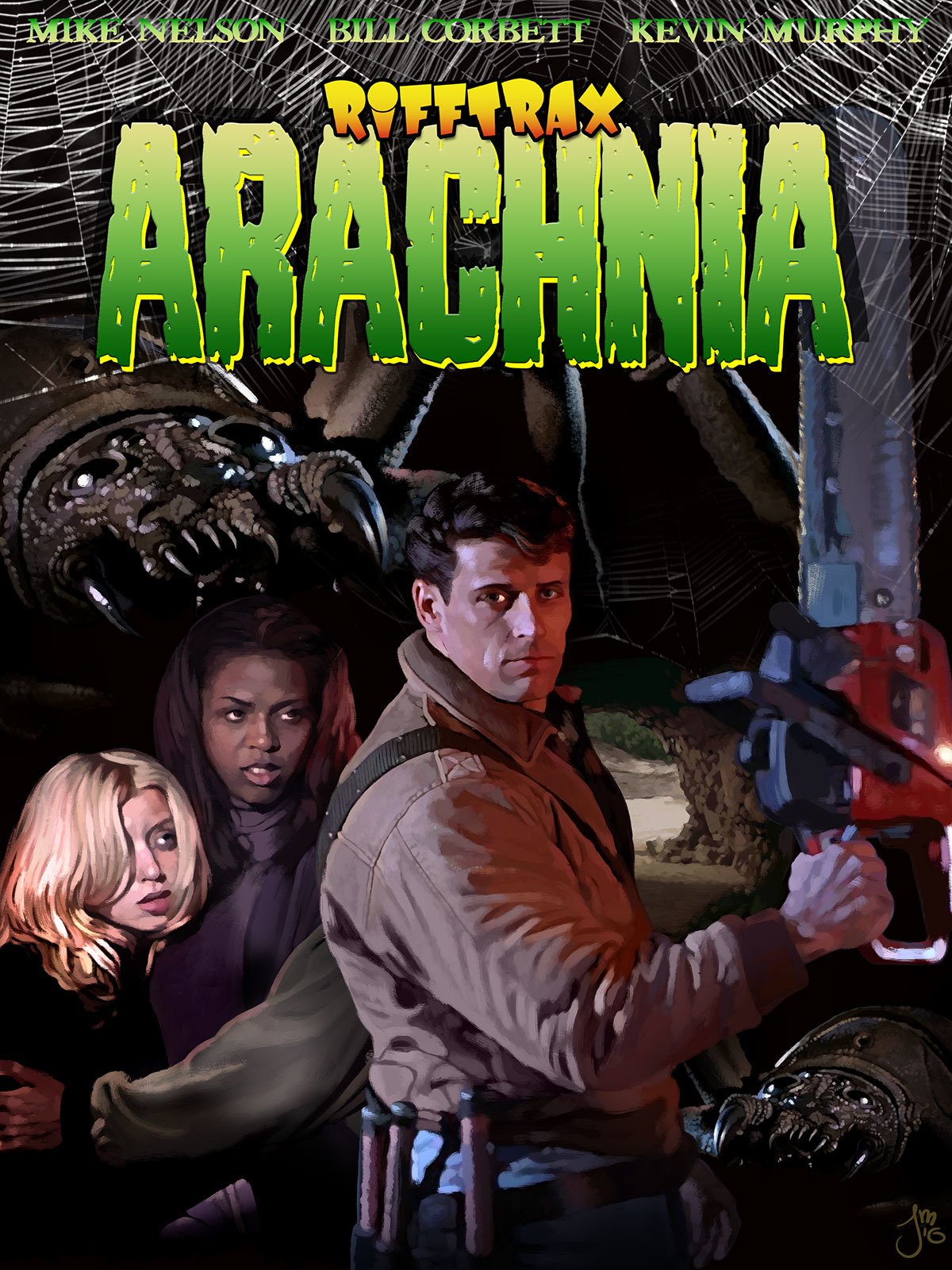 RiffTrax, the guys who make movies funny, bring their comedic riffing treatment to this cheesy 2000 era horror classic where survivors of a plane crash battle it out Starship Troopers style against a giant bug attack! This feature is a parody and contains the original movie combined with a comedic commentary by Mike, Kevin and Bill from RiffTrax (former stars of Mystery Science Theater 3000)