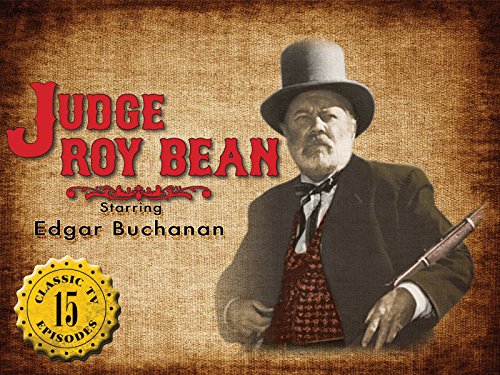 Judge Roy Bean, syndicated in 1956, was an American Western shot based on the eccentric saloon-keeper and Justice of the Peace, Roy Bean from Texas who called himself "The Law West of the Pecos." The series starred Edgar Buchanan as the legendary judge who held court in his combination general store and saloon.