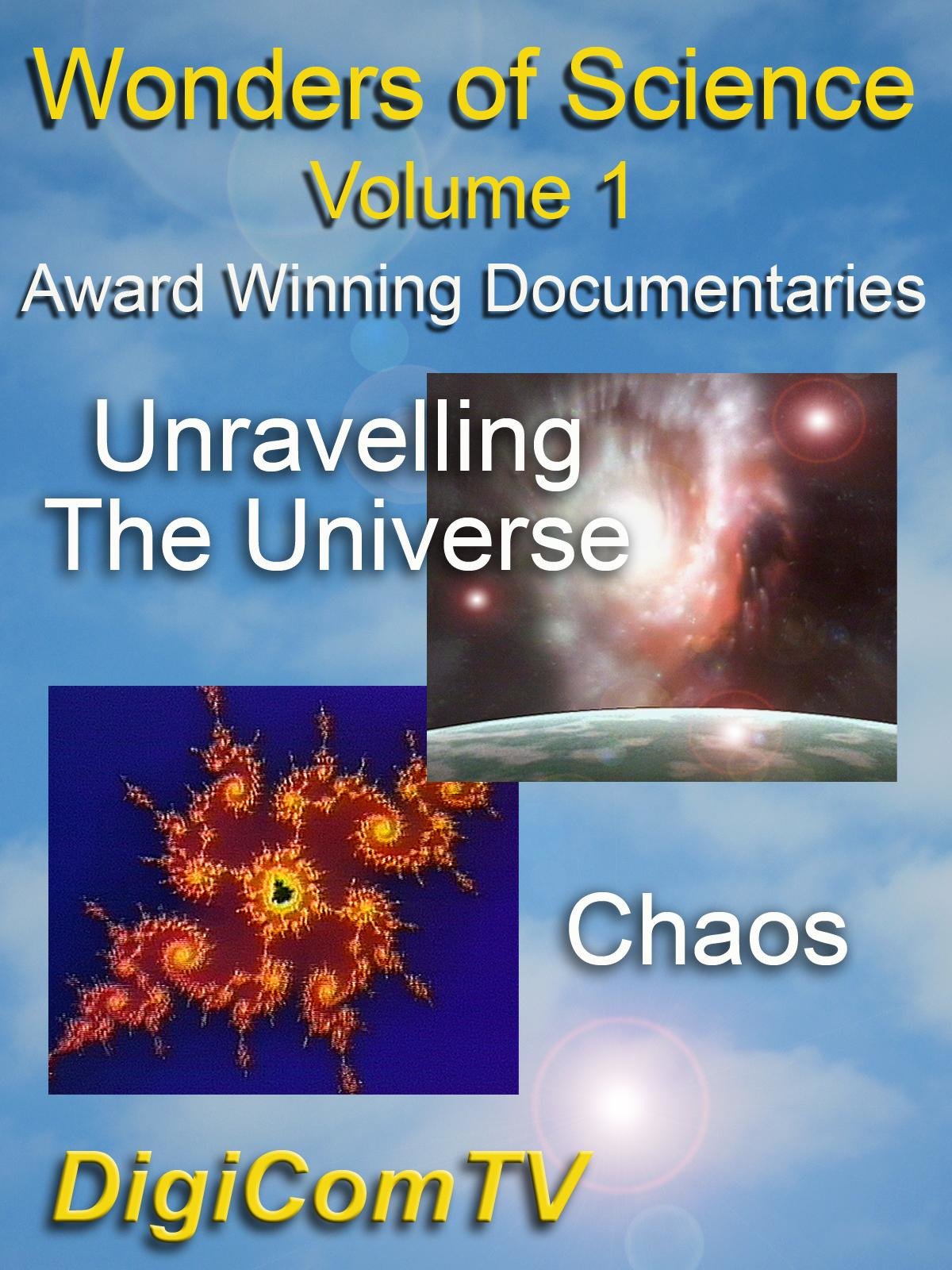 Two award winning documentaries - Unravelling The Universe & Chaos Unravelling The Universe What is stuff made of? That is the question that this award-winning documentary sets out to answer. What are the building blocks of all the matter on earth, and throughout the universe? The once ' solid' atom was found to be mainly empty space, with a nucleus at its centre, and electrons whizzing round its perimeter. Then the nucleus itself was found to contain its own particles, the neutron and the proton. And one of the great discoveries of the 20th. century was that the protons themselves are made up of quarks. But now ' strings' ...tiny vibrating threads.... are proposed as being the ultimate basis of all the matter and all the forces in the universe. This programme takes you to the very frontier of science to unravel the mystery of 'strings.' Chaos A butterfly flutters its fragile wings in Texas and the seemingly imperceptible turbulence sets in motion a cascade of effects that culminates in a typhoon in Indonesia. It seems unreal. But the realisation of the butterfly effect as it has been called, is one of the astonishing results of the new science of Chaos. Traditionally science has been focused on seeking out and defining the predictable laws that govern all our lives. Chaos is about using the immense number crunching power of super computers to seek out the patterns hidden away in what up till now has been totally unpredictable. This astounding, award-winning documentary lays bare the mystery of this remarkable new science.